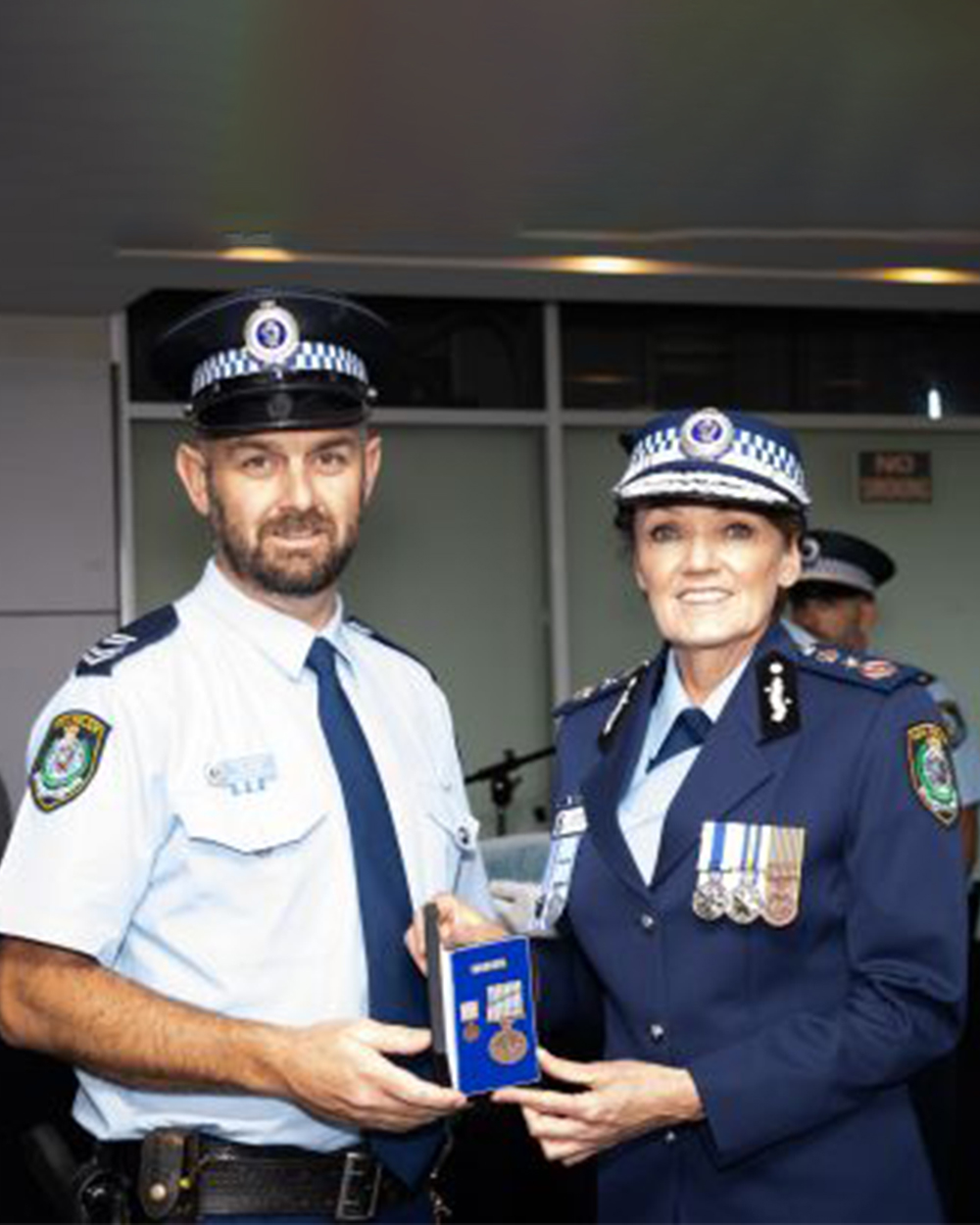 From the early points of his career, before moving to the state’s west and eventually ending up in the Hunter region, he has always enjoyed staying active. For his 30th birthday, he took on the Kokoda Trail and with his 40th around the corner, was looking for another physical challenge.

Fortem Australia’s expressions of interest for a team to running the New York Marathon came at the perfect time.

“It was nearly by accident that I loaded up Fortem’s website in the middle of a busy day and saw that entries were open,” said Egan.

“I thought ‘that is insane, it is perfect, I would love to do that’ and it was a busy day, so I didn’t feel like I had given the application the attention it had deserved. “Two days later I got a call to say I had been selected as a reserve and it went from there.

Tim says running throughout his career has helped to settle him and clear his mind, a common theme among all the first responders from different agencies that are representing Fortem in New York in November.

“It wasn’t until about two years ago that a psychologist actually pointed out how much benefit the running was giving me,” said Egan.

“A lot of the emergency services people get stuck in the ‘fight or flight’ scenario and are always maintaining an elevated state of mind.

“It was explained to me that by running you are actually teaching the mind to be elevated during the exercise and then afterwards your body can actually bring yourself back down to where you should be. “For the first ten years of my career I didn’t make a big connection between the two – I felt good after a run, but it wasn’t until it was pointed out to me why that was.”

The New York Marathon will be the first time Tim has attempted a full marathon and believes the course will be the perfect opportunity to knock over the milestone.

“It is a flatter course, I know some are really hilly,” said Egan.

“On the day finishing is the big goal, but realistically I think doing that in under four hours would be the aim. It is not going to be a world record by any means. Through the training I have learned that you can’t push too hard early on, or you just won’t make the distance.

“I will obviously be taking it all in but reminding myself to take it easy and that it is an endurance race, not a sprint.”

We support first responders and their families - the people who protect and care for our community. For crisis support, call Beyond Blue 1300 224 636.